In its long history, the Chinese nation has suffered and survived from numerous catastrophic disasters like this ongoing pandemic. Knowing COVID's its overall consequences both in the short and long terms are less clear and the way forward is still uncertain, China understands almost by nature what would be the appropriate manner to handle the COVID-19 pandemic both internally and globally. This is why China has urged the WHO to pool the efforts of all as its top priority, to curb the spread of the virus and vaccinate the world, which require enhanced solidarity among its member states.

During the Aspen Security Forum held online on August 3, 2021, Prime Minister Lee Hsien Loong of Singapore said: "We had all hoped that the pandemic would prompt countries to work more closely together, just as after 9-11, when there was a period of solidarity and mutual support against extremist terrorism. But unfortunately with COVID-19, it has been quite different."

I think he said what many of us have in mind.

Indeed, with the Delta variant spreading and more variants probably in the making, COVID-19 is no anywhere near its end and it unquestionably presents an era-defining challenge to global health and economy, particularly global health management systems such as the WHO.

Unfortunately, the WHO has, probably unwillingly, retreated from the conclusions of its previous phase I virus tracing that has been widely recognized by the global scientific community, and rushed into a less well formulated phase II investigation which lists a dubious Wuhan lab leak hypothesis. The decision has created a new wedge into global solidarity. It has sparked a great deal of uproar and further widened the divide among the WHO member states, which could be deadly to the world at this moment. You don't have to be a geopolitical expert to tell who and what is behind the scene, but still there are some essential questions that should be raised.

Is There a Whistle--Blower? Yes, China.

Many world-renowned scientists believe that China is merely the first country competent enough to recognize and identify the virus and report it to the WHO at the earliest time. If there was a whistle-blower of the pandemic, it was China. China will not accept to be blamed for doing the right thing, not to say blame-shifting has not, and will not, encourage international cooperation and solidarity.

Undoubtedly, origin tracing matters if we hope to prevent the recurrence of such a major disease outbreak. At the same time, everybody should know the difficulty of tracking down the origins of a virus which involves a combination of extensive field epidemiology survey, thorough lab testing and quite a bit of luck. In order to conduct such a scrutiny for a certain virus, you have to be patient. The origin of HIV was not clear until 20 years after it first spread around the world. Scientists still don't know the origin of Ebola yet, even though it has caused periodic epidemics since the 1970s. Some scientists have even been wondering whether the origins of the pandemic might forever remain elusive. But those familiar with such work of origin tracing say that it takes time, and a bit of luck.

According to the WHO, the COVID-19 confirmed cases has risen to more 200 million, with death toll climbing to over 4 million, and still less than one percent of the population has been vaccinated in all developing countries. Looking at these bleak numbers, we should think about where our focus should lie. This question needs to be solved because it has important consequences on the risk/benefit balance of our effort.

How on earth did coronavirus start? Since the onset of the pandemic, the question has been one of the biggest puzzles. As many know, there are two main theories about it. One is that it could have jumped naturally from wildlife to humans, and the other is that the virus could have escaped from a lab.

Scientists and public health experts stand on both sides of the debate, with each giving their conjectures but so far they are not evidence-based. As long as we have this question mark, all the theories will remain on the table. Interestingly the debate has grown ever more heated in recent months as the White House gave intelligence agencies, instead of scientists, a deadline to evaluate the lab accident versus natural origin theories.

In late May this year, US President Joe Biden called on the US intelligence community, not scientists, to spearhead the effort to confirm in 90 days the origin of the coronavirus, especially whether it was a "lab leak" in Wuhan, China. Now, as the deadline draws nearer, finding no clear evidence for both theories, the US intelligence community has started to scramble for an answer, turning a scientific task into a political game.

Study of virus origins is a scientific task that will not be solved with an arrogant executive order. It is a myth, if not a joke, to have a "definitive conclusion" on a complicated scientific issue in 90 days. US intelligence agencies are not more equipped to or capable of doing research than the WHO on this front. What can we expect from the US intelligence? Either a slanderous report that serves the US' anti-China agenda produced out of a political drive or an awkward remedy of the US government's already-marred reputation by stepping back in front of mainstream opposition from scientists.

China believes that locating the origin of the virus could give us clues to understand and predict future pandemics, whereas the COVID-19 origin tracing is a serious scientific issue that should not be manipulated by politics, and should not be used to blame a certain country, let alone to split the international community. Only when we unite can we truly defeat the virus.

In fact, China has been cooperating with the WHO on virus origin tracing in an open and transparent manner. While undertaking the daunting task of epidemic prevention and control at home, China has twice invited WHO expert teams for origin tracing study, during which international and Chinese experts jointly made field visits, analyzed tons of data, issued joint mission reports, and ruled out a lab connection for COVID-19 in Wuhan. The studies have shown that a lab leak in Wuhan is "extremely unlikely", a conclusion now widely recognized by the international scientific community.

The report also recommended conducting further research on earlier cases with similar symptoms globally and further investigating cold chains and frozen foods that possibly have carried the virus. Since the studies are done with the direct involvement and under the close supervision of the WHO, the conclusions and recommendations of the report should be respected and fully reflected in the next step work. However, not before long, obviously under certain pressure, the WHO Secretariat proposed a new round of investigation in China and again brought up the lab leak hypothesis. This totally went against its previous path and pace.

China believes that it should be evidence-based conclusion, not based on speculations, to determine how the virus reached humans. China opposes using intelligence means to carry out and politicize origin tracing, and all the more opposes hyping the "lab leak theory" to presume the guilty party. In short, China supports an origin tracing plan that is fair and based on science but objects the act of using it as a tool to play political games.

Meanwhile, there are increasingly more reports on the virus and the COVID-19 pandemic being discovered in various places around the world in the second half of 2019, and that the international community is highly concerned about the questions of the biological lab at Fort Detrick and the real intentions of the US to establish 200-plus overseas biolabs.

What is the real purpose for some US politicians to obsessively attribute the "lab leak incident" to China? Do they really care about the origin tracing of the virus or just want to divert attention of the world from skeletons in their own closet, for example, the two epidemic exercises conducted by the US government from January to August in 2019, the earlier and deadlier than usual "influenza season" in the US that year, the E-Cigarette Pneumonia, or EVALI, outbreak in Wisconsin in July the same year, the reports of two retirement communities near Fort Detrick contracting "unknown respiratory diseases" almost at the same time, the sudden and mysterious shutdown of the Fort Detrick Lab soon after the outbreaks, and the hidden medical records of US soldiers who participated in the 7th CISM Military World Games in Wuhan two months before the first case was reported in the same city, just to name a few? On these puzzles, the whole world demands an answer from the US.

Back to its old tricks

Using origin tracing as a political tool against China reminds me of a similar scene nearly 20 years ago, when the US was hyping up its assertion that Iraq possessed "weapons of mass destruction" to prepare the ground for the Iraq War. Its modus operandi remains unchanged for all these years, which is to disregard authoritative international institutions' views, find someone to blame, and try to mislead the public with allegations without factual basis.

Interestingly, according to American reports, the person who first hyped up in media the Wuhan lab leak claim is Michael Gordon, the same one who authored the "Aluminium Tube Story" or "Weapon of Mass Destruction" story on Iraq in September 2002. Given the fact that the US waged war on Iraq with a fictional WMD threat by showing a vial of "washing powder" in UN Security Council in order to realize its geopolitical goals, we cannot help but ask, what is it up to this time by hyping up the utterly unproven "lab leak theory" in Wuhan?

Regrettably, some politicians in the United States have blatantly engaged in political manoeuvering on the issue of origin, and their only purpose is politicizing origins study to cover its disastrous handling of its pandemic response, and therefore to shift to China the responsibility for their own failure. Such political tricks won't change the fact that over 600,000 lives have been lost in the US due to politicians who have ignored science and politicized their anti-pandemic response.

Last month in Tashkent, Uzbekistan, during meetings with Chinese State Councilor and Foreign Minister Wang Yi, Bangladeshi Foreign Minister A. K. Abdul Momen, together with foreign ministers of several other countries, expressed his opposition of politicization of coronavirus origin tracing. This reflected the aspirations of many countries around the world. The international community should all be vigilant and reject this selfish behavior at the expense of the welfare, life and health of people. It is time to turn down the heat of the rhetoric and turn up the light of scientific inquiry to make positive contribution to the humanity's early victory over the pandemic, and to better prepare for the next challenge, whenever it comes, wherever it begins and whatever form it takes.

The author is China's ambassador to Bangladesh.

The opinions expressed here are those of the writer and do not necessarily represent the views of China Daily and China Daily website.

6 things you may not know about End of Heat 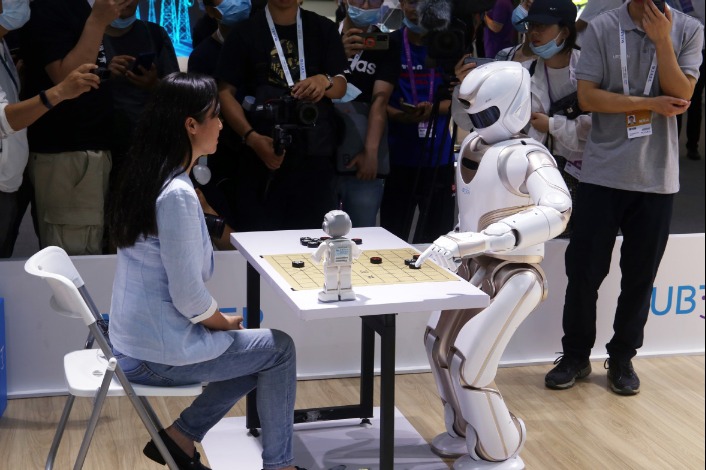 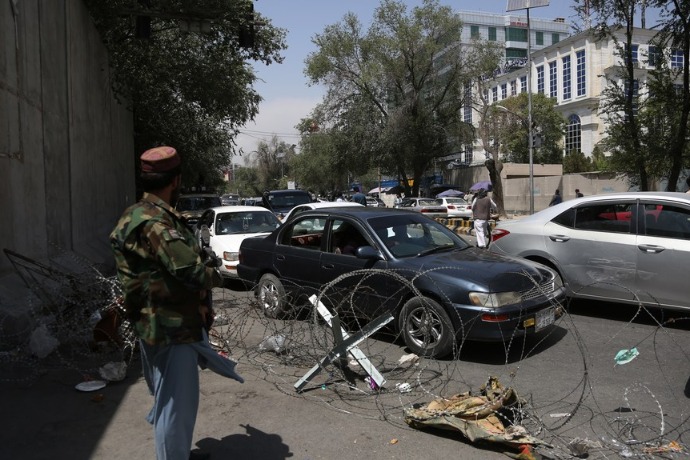 Taliban vows to have ties with all countries 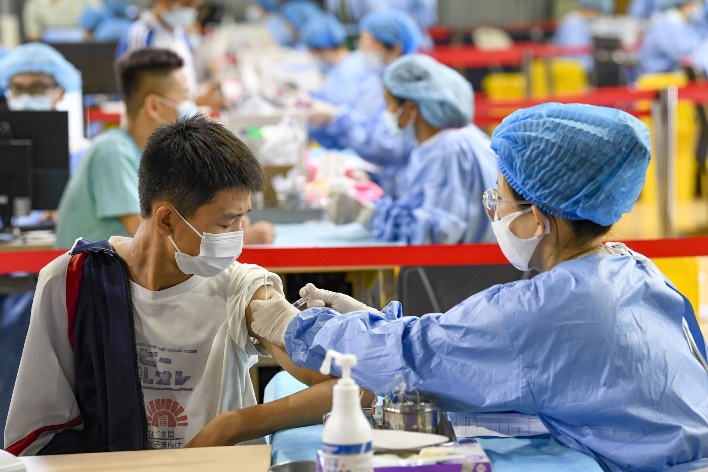 Readers: Are we obsessed with winning?

Readers: Time for US to work with WHO on origin tracing
Columnists +

Chinese companies must tread with caution when investing abroad

Climate is the elephant in skeptics' room
Forum
Featured Contributors

China's FTZs should align with RCEP to boost development